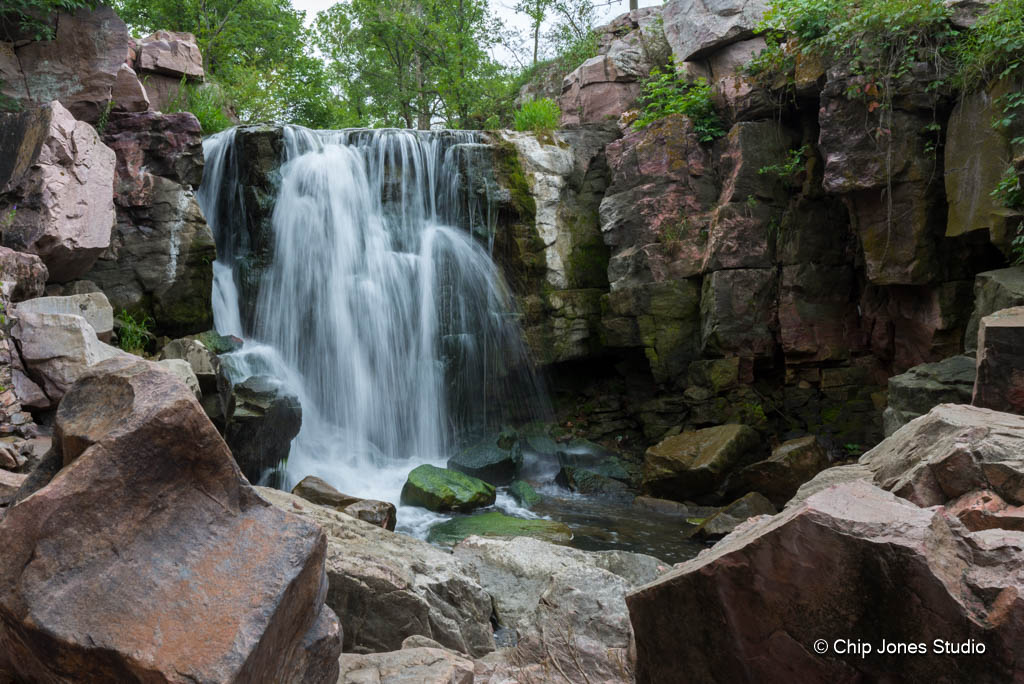 Over the past few weeks I’ve been writing about a one day trip I made recently to the Southwest Minnesota to do photography. I only had one day to make this trip and it started out early at 4am so that I could reach my first destination about 200 miles away, just after day break.

Pipestone National Monument is considered a scared area for Native Americans. It’s a 280 acre area that contains stone quarries and rock outcroppings and has been visited by Native Americans other for centuries, and earlier. Today, it this area is still used as a source of stone for ceremonial pipes. 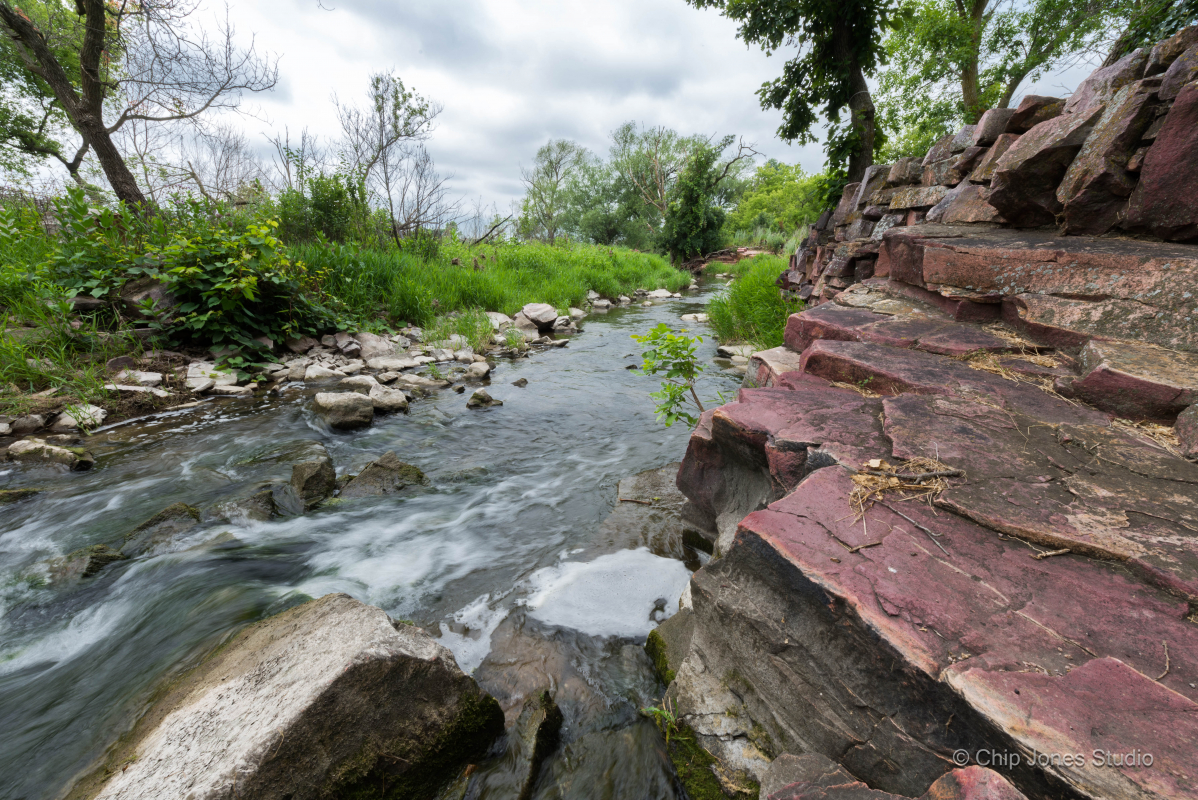 The significance of this area existed long before the arrival of Europeans in the 18th century. The unique stone features in this area have religious and symbolic importance for Native Americans. The pipes they create from the stone located here played an integral role in their religion and customs . In fact, most important ceremonies involving Native Americans across the Upper Midwest utilized pipes that were made from the stone here.

I would have loved to have seen this area long before the surrounding areas were developed. Today, it’s surrounded by modern day civilization and it’s really hard to see the overall area from afar because of all the buildings and structures that now surround it.

This park is now managed by the National Park Service, and quite honestly I found the park to be too developed. In addition, on the day I visited it was busy and was really hard to capture a sense of the true spirit of the area as it might have existed hundreds and thousands of years ago.

It was also difficult to get photographs of the area because of all the people. I did manage to get a few. The one surprise was the waterfall in this park. I was not aware of this and it’s actually quite a beautiful one considering the fact that this area is located in the midst of a large and flat Prairie Grassland area. 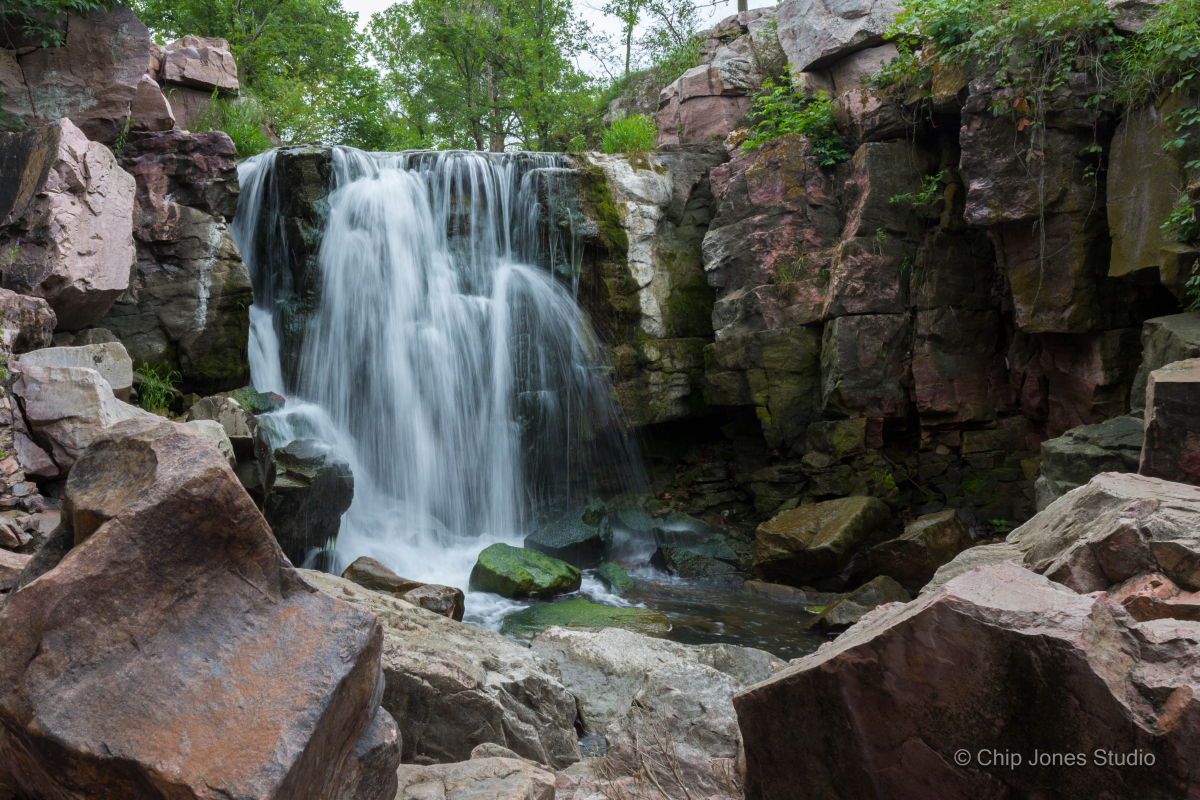 The Jeffers Petroglyphs site is home to one of the oldest exposed rock outcroppings in North America. In fact, it was likely visited by prehistoric tribes that roamed this part of the country several thousands of years ago. Today it remains a sacred area for Native Americans. 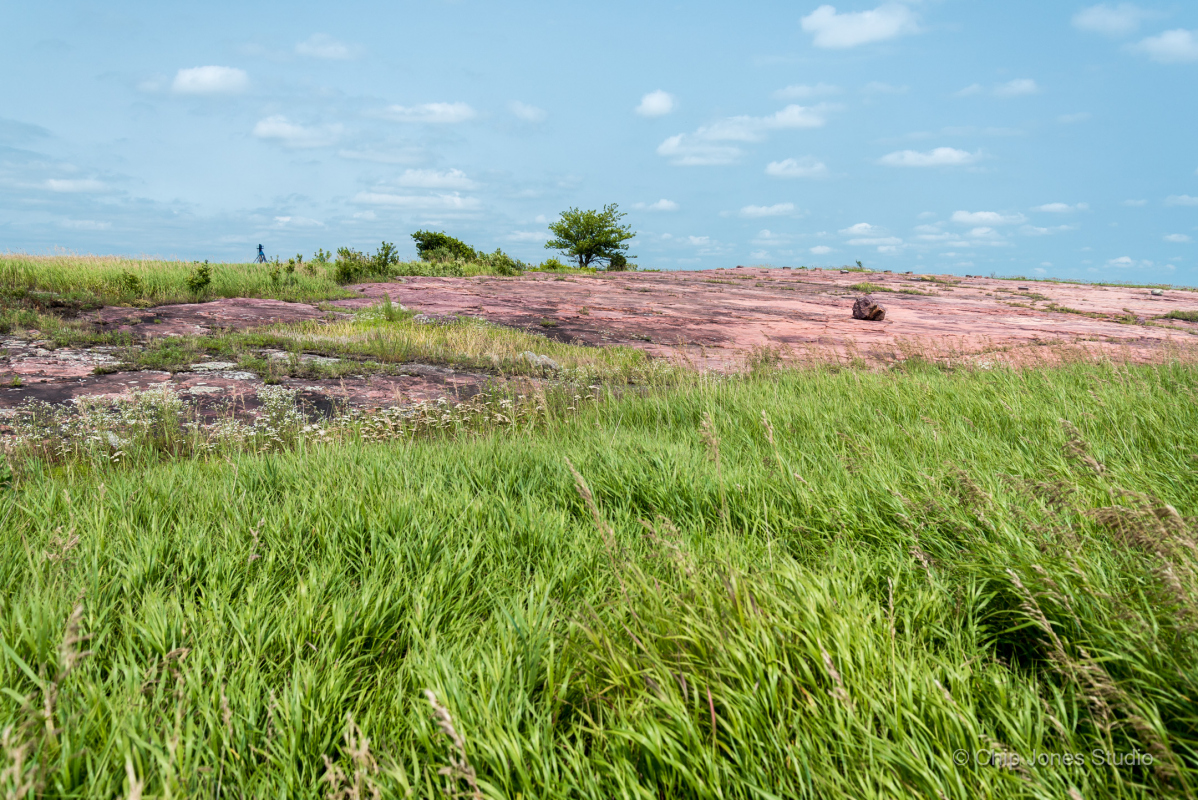 A petroglyph is a a rock engraving created by early visitors to this area. At the Jeffers site, many of these engravings are drawings of turtles, deer and other types of symbols that were important to earlier visitors. Some apparently date back as far as 7,000 years, although not much is known about the people who did these carvings. Other carvings are more recent like hundreds of years old. These were done Prairie Indians.

Unfortunately I did get there at the best time of day. What I found out was that it’s best to visit this site at early time of days when a full sign id low on the horizon. What this does is it creates shadows of the shallow rock carvings so that they can be seen earlier. By the time I arrived, the sun was too high in the sky and I could barely see any of the petroglyphs.

One shape that did stand out was that of a turtle. It was more of a etching than a carving but you can at least get a sense of what these look like. They are all very primitive drawings, most are very difficult to see in bright sunlight. 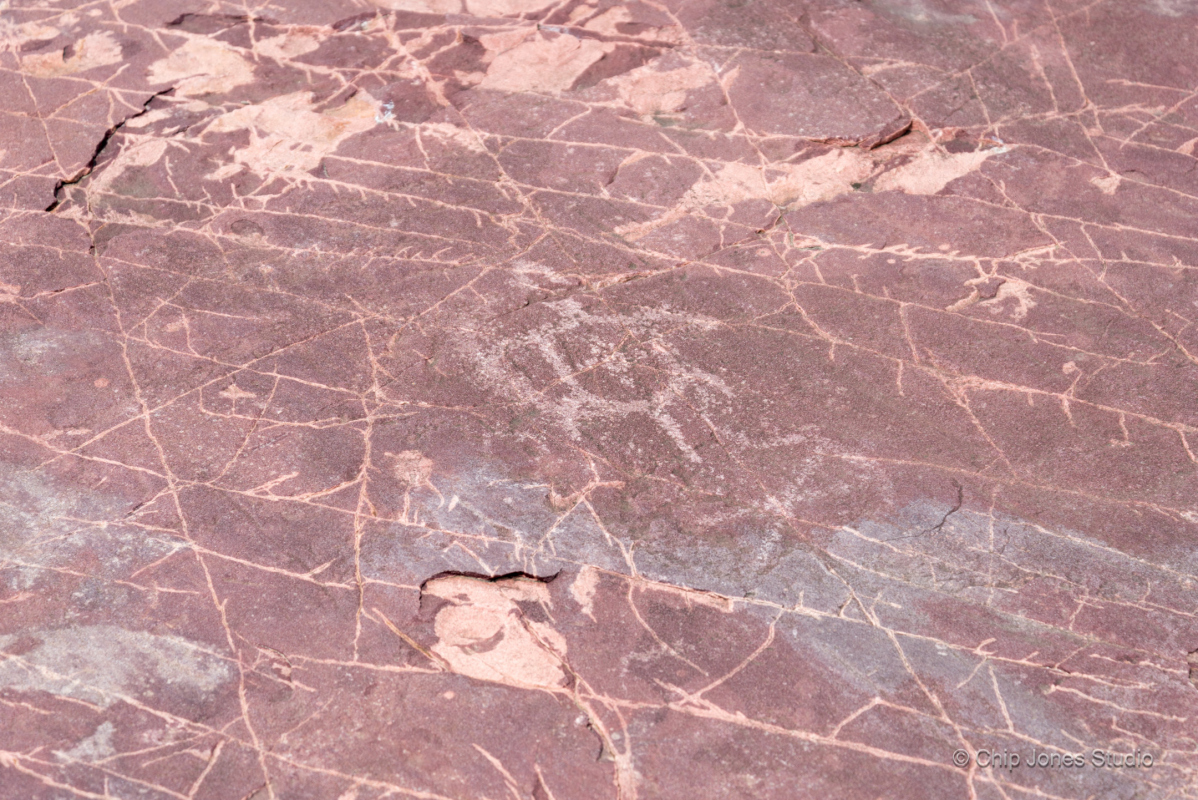 Also unfortunate was that my day trip was quickly coming to a close. I had nearly 125 miles to drive to get back home and in time for a dinner party so I had to depart earlier than I wanted. What I’ll do on my next visit to the Jeffers Petroglyphs is to get there early on a clear day so that the carvings stand out more. At that point I’ll spend much more time in this area.

This was a quick trip, but one I’ve wanted to make for quite a while. I probably drove about 450 miles this day which doesn’t leave a whole lot of exploring time, but I plan to visit again and hope the weather will be less overcast on the day I decide to do so.

A Step Back In Time