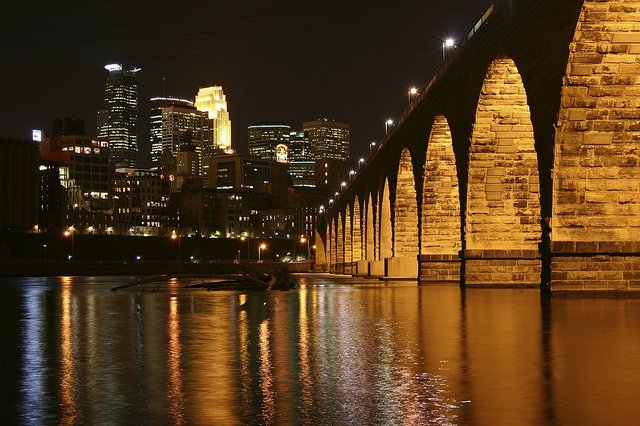 As a photographer I’m always interested in what other photographers are up to when it comes to their creative work, interests, subject matter and so on. Over the past couple of years though I’ve really noticed a trend that has caught my eye. What I’m seeing is that much of the work being exhibited and sold by photographers looks the same to me – the overall work seems less inspired and imaginative.

It’s almost like these photographers are looking at each others works and copying a technique or image that’s in demand. Possibly this can be blamed on the internet where the same images and latest trends are repeated over and over. I don’t know what the reason is for the uninspired work, but it’s something I’ve noticed and is becoming more apparent with each art festival or show that I attend.

Personally I think there’s a couple of reasons why a photographer would copy someone else’s imagery. Probably the first and foremost reason is that they feel they can create a better photograph technically or artistically. Another reason might be that the photographer thinks that there’s high demand for that same image and they basically want to cater to that demand.

What’s I also think is happening is that there are just too many instructors out there teaching the exact same photography composition rules. The result is that photography has become kind of an inbred environment that’s NOT conducive to doing inspired and creative work. There are a few inspired photographers, but in terms of the masses, I would say that most work is uninspired.

What is Photography Composition?

First a little definition… the term “photography composition” refers to that aspect of photography for how objects and subjects are arranged (composed) within a photograph. Discussions about photographic composition revolve around topics like “is the subject matter centered or is it off-center”, “is the subject large or small”, “is it in focus or not in focus”. and etc. Composition is a formal element in the visual arts world that looks at the placement and arrangement of elements within a composition. The arrangement of objects can greatly influence the meaning and strength of the visual piece.

There are many, many types of rules like this in photography, although I won’t go into detail about them here. I’ve seen literally hundreds of these rules listed on a single web page. Again, The variations of composition rules for photography are staggering.

The image? It’s of the Stone Arch Bridge in Minneapolis, Minnesota. In fact, the City of Minneapolis currently lists it as one of the top five photo opportunities in the city.

The image of the Stone Arch Bridge (displayed here) shows up often at art festivals. There’s also a version that’s photographed to right of this viewpoint, but on the other side of the bridge with a more obstructed skyline.

So what makes an image of this bridge so appealing to fine art photographers? Well, certainly it’s a beautiful bridge that was built in 1883. It’s also considered one of the most famous landmarks in Minneapolis and very nicely lit at night.

My hunch is that photographer’s create this image over and over again because they know there’s demand for it. Unfortunately their motivations are sales, not creating inspired and imaginative work.

I have intentionally steered clear of shooting this same bridge. You just won’t find it in my portfolio of work primarily because I feel it’s been overdone and shown too many times. At some point I may decide to present it in a much different manner, but if I did, I’d want to bring something unique to this already iconic image.

Being Yourself As a Photographer

I’m certainly not suggesting that rules regarding photography composition are a bad thing, in fact I studied them as an undergraduate in Studio Art. Rules like these provide a foundation for growth as an artist. But, if you’re going to do work that is more personalized and unique, at some point you need to move on and start developing their own personalized style and “rules”.

How is this done? Here’s a listing of basic tips for developing your own style:

If you want to do a series of photographs about a pet or child, do so! Don’t let anyone convince you that it won’t be interesting. Some of the most interesting and influential photographers have done portraits of dogs or family members. You are the ruler of the creative kingdom and the world is at your beck and call. Finally, learn the rules of photography composition, but don’t let them rule your life.

If you have additional thoughts or ideas, please comment below…