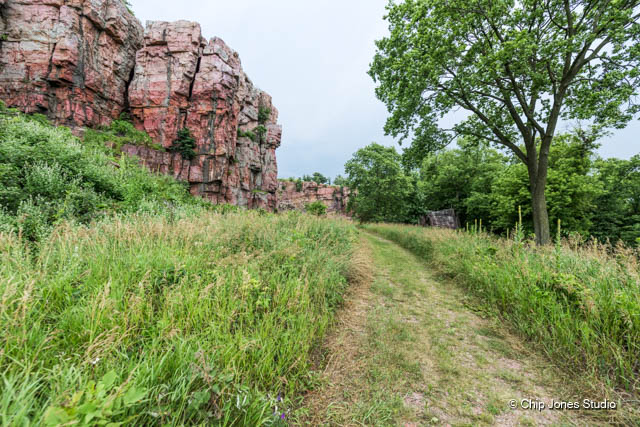 Minnesota is home to a diverse geography that includes four distinct ecosystems. Most people are familiar with the Coniferous Forests and lakes in the north and northeast, Far fewer are aware of the vast Prairie Grassland to the southwest, the Deciduous Forest in the southeast or the Tallgrass Aspen Parkland in the northwest part of the State.

I recently made a one day trip to southwest Minnesota to explore the Prairie Grassland. I was also interested in this area because this is where the first inhabitants of Minnesota (Paleo Indians) lived some 7-9000 years ago. Many parts of this area are still considered sacred by today’s Native Americans.

This area was also inhabited by Plains Indians who depended on the bison in the area to survive. Legend has it that these Indians would chase the Bison off the cliff to their demise, but this has never been proven.

Access to the top of the cliff was easily done via car and a short hike. I was awed by the wide sweeping panoramas and viewing distances. Apparently you can see three states from this viewing point that includes Iowa, South Dakota and naturally Minnesota.

The geography is considered Prairie Grassland, but exposed rock (Quartzite) is really abundant throughout this area which was covered by a vast sea millions of years ago. The most recent glacial activity some 20,000+ years ago never reached this area and is one reason why these ancient rocks – some dating back millions of years – are still exposed.

The conditions were not optimal for photography on the day I visited. It was heavily overcast and there was a very steady wind which makes it hard to photograph flowers, etc. We all learn to adapt though. There were a few wildflowers in bloom when I arrived.

Prior to my arrival, Blue Mounds State Park had been closed for a few weeks due to flooding from heavy rains we had in Minnesota in May and June. I was fortunate to get there right after it re-opened because there were very few people there. It is a peaceful and serene park that hasn’t been overly developed. I highly recommend it!

Photo Shoot – Full Moon Over Minneapolis (or lack of)