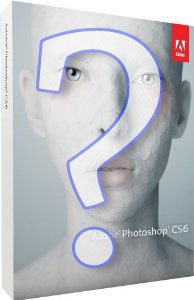 The “Photoshop Glasses” Dilemma
What this question actually does is restrict perceptions and can prevent a full appreciation of the work at hand. In essence, there’s more focus placed on the technical, rather than artistic merits of the piece.

In a sense, by asking this question the viewer has put on their “Photoshop Glasses” and become more fixated on specific technical aspects of the image, rather than what the overall intent or message is of the entire photograph.

Photographers and Photoshop
This isn’t just a concern for casual observers – some photographers are also affected. For example, I was at a recent art fair where one of the exhibiting photographers was displaying a sign stating “My Photographs Are Not Photoshopped”. It’s a topic that continues to raise all kinds of feelings on both sides of the photography world.

Image Manipulation – Good or Bad?
The simple truth is that photographs have been manipulated and adjusted by photographers since the earliest days of photography. It’s a necessary process simply because the camera does not “see” things the same way that our eyes do.

How We “See” vs. What the Camera “Sees”
Unlike cameras, our eyes constantly adjust for brightness, focus, framing (cropping) and more. A camera on the other hand is only capable of capturing a scene or subject at a specific time.

The camera also averages overall brightness, focus, and more to the best ability it can. Some areas of the final image end up being too dark, other areas too bright. The result is that the photographer is left with an image that requires some sort of adjustment to match what they had originally seen or felt.

These adjustments occur in post-production in the darkroom or in Photoshop, depending on if the photograph was shot on film (darkroom) or digitally (Photoshop).

A Simple Example of Photo Manipulation
A great example of the need for post production comes in the work of Ansel Adams. Adams is considered a master of photo exposure and post-processing. One  of his most famous photographs is actually one that he had originally overexposed. It’s titled “Moonrise Hernandez 1941”.

Although Adams was typically concerned on getting the correct exposure in the field, on the day this photograph was captured he had forgotten his light meter. The result was an overexposed image that ended up needing work in the darkroom to get it back to the point of what he had originally seen and felt.

The original untouched image print is the one on the left. The image on the right is the final exhibition print by Adams.

Clearly the two images are distinctly different. The question begs to be asked, which one is better… the manipulated one or the original? Then ask yourself which image is stronger.

Some may prefer the original. When it comes to the artist though, the manipulated one (the one on the right) was the one preferred.

Photoshop vs. Earlier Image Tools
The irony about Photoshop is that many of it’s tools were actually copied from earlier photographic darkroom techniques.

To the right is an image of darkroom toolkit for dodging. These dodging tools are used in the darkroom to lighten certain areas of a photograph, while it is being exposed on paper in a darkroom. Today’s Photoshop also contains a similar tool they call the “dodge tool”.

There are many other tools in Photoshop which have borrowed their names (and uses) from darkroom processes. These include a “Crop Tool”, “Brightness Tool” (for exposure), “Image Size”, and more. All mimic various processes that have taken place in the darkroom.

Advantages of Photoshop
One huge advantage with Photoshop (compared to traditional darkroom tools) is the ability to immediately see what the result of an adjustment is having on an image. In the darkroom, you’d have to take an image through the entire process (enlargement, printing, chemical processing, etc before you could see the final result. In addition, you’re viewing it under extremely low light. One reason a test contact sheet is used.

In Photoshop, this entire process can be done while viewing the images. This allows the photographer to get a more exact result within a shorter amount of time.

My Personal Use of Photoshop
I actually use Photoshop very little when it comes to post-production. Instead, I mostly use a software called Lightroom which allows me to easily make adjustments to the exposure, color and cropping. These types of adjustments are pretty much the extent of what I do with my current photographs.

Over the past 5 years, there are less than a handful of times that I’ve removed elements from an image via Photoshop because they were too distracting. Photographs that include elements that were added to the original image are marked as “composited” or “mixed-media”.

Conclusion
All of us tend to look at art and images in different ways. Some of us quickly glance and don’t pay too much attention to the detail. Others spend more time with the image and try to figure out what the motivation or intent was behind it.

The next time you see an intriguing photograph, try to resist the desire to instantly ask “Was it Photoshopped?”. Instead spend your time looking at what the image has to offer. Ask yourself what the story or motivation is behind the photograph and try to see the photograph in the same light that the photographer had. You’ll find that your enjoyment of photography will increase dramatically.

Is it Art or Not?