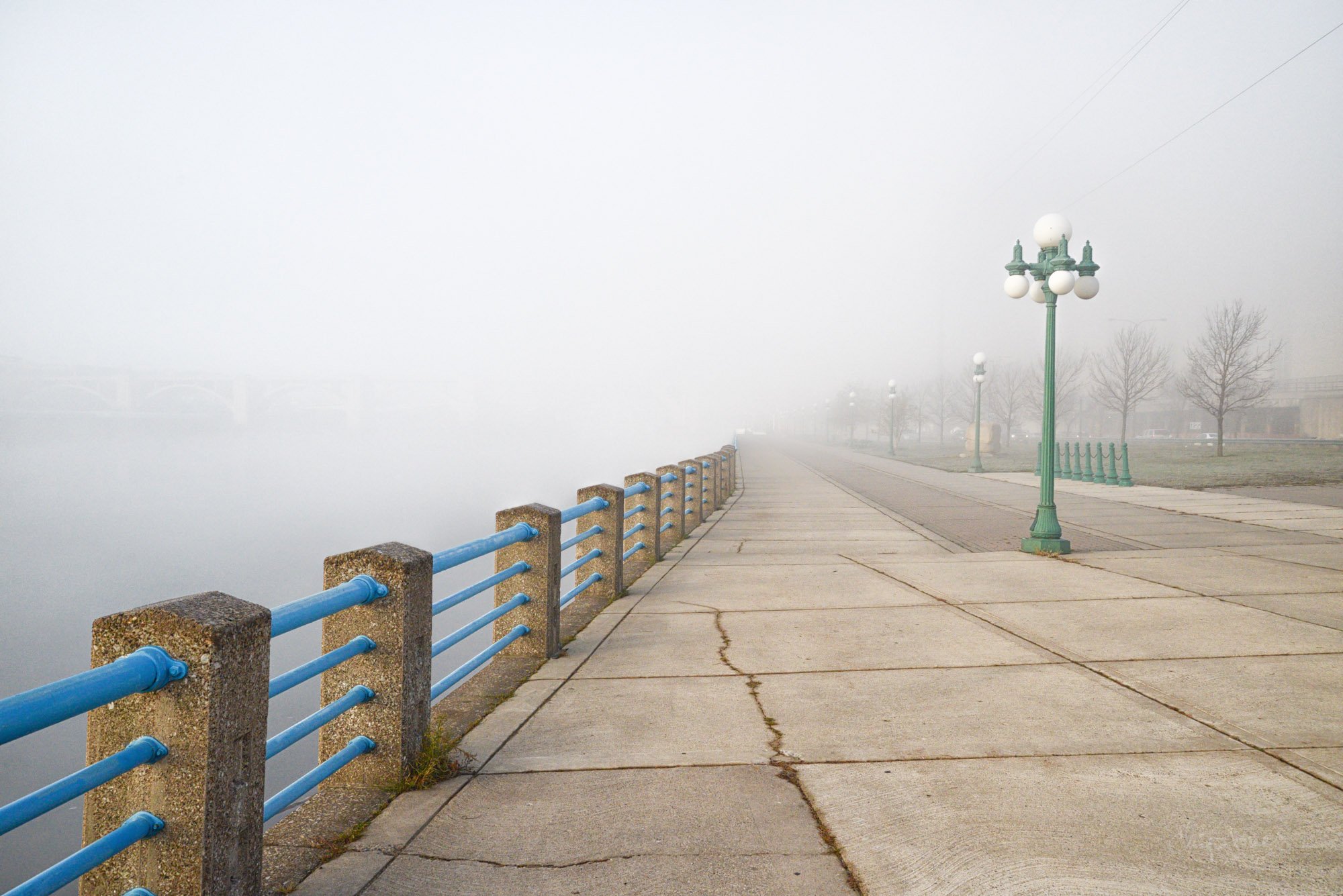 Just a quick mention that there’s an article about my photography in the April 2016 issue of Edina Magazine. The story is titled “Local Photographers Showcase Their Artistry” on pp. 38-41. It highlights my landscape photography and goes into a little bit of detail about my background.  It was written by the Editor of Edina Magazine, Angela Johnson. The following photographs are included:

Featured in the article, this was shot alongside the Mississippi River by Downtown St. Paul in November 2013. The air was warmer than the river that morning and it created the thick fog that resulted in this mysterious image.

Centennial Lakes in Edina on a late March morning after a full night of snow. It was an absolutely gorgeous setting and there was no one else around. The best part of this was that the ice had already melted and the water provided a wonderful reflection and calmness to the overall composition.

This was shot near Duluth Harbor in the Summer of 2015. The seagull was maybe six feet away from me and was just begging to be photographed. What I like most about this scene were the shapes, colors and overall composition.

Fort Snelling State Park after about seven inches of rain throughout the night. It’s a classic example of why (as photographer) you need to get off the beaten trail and go exploring. This was another one of those incredibly peaceful mornings where you could hear the rain drops hitting the water below.

A big “Thank You” to Angela Johnson for the wonderful article. Hope you enjoy it!