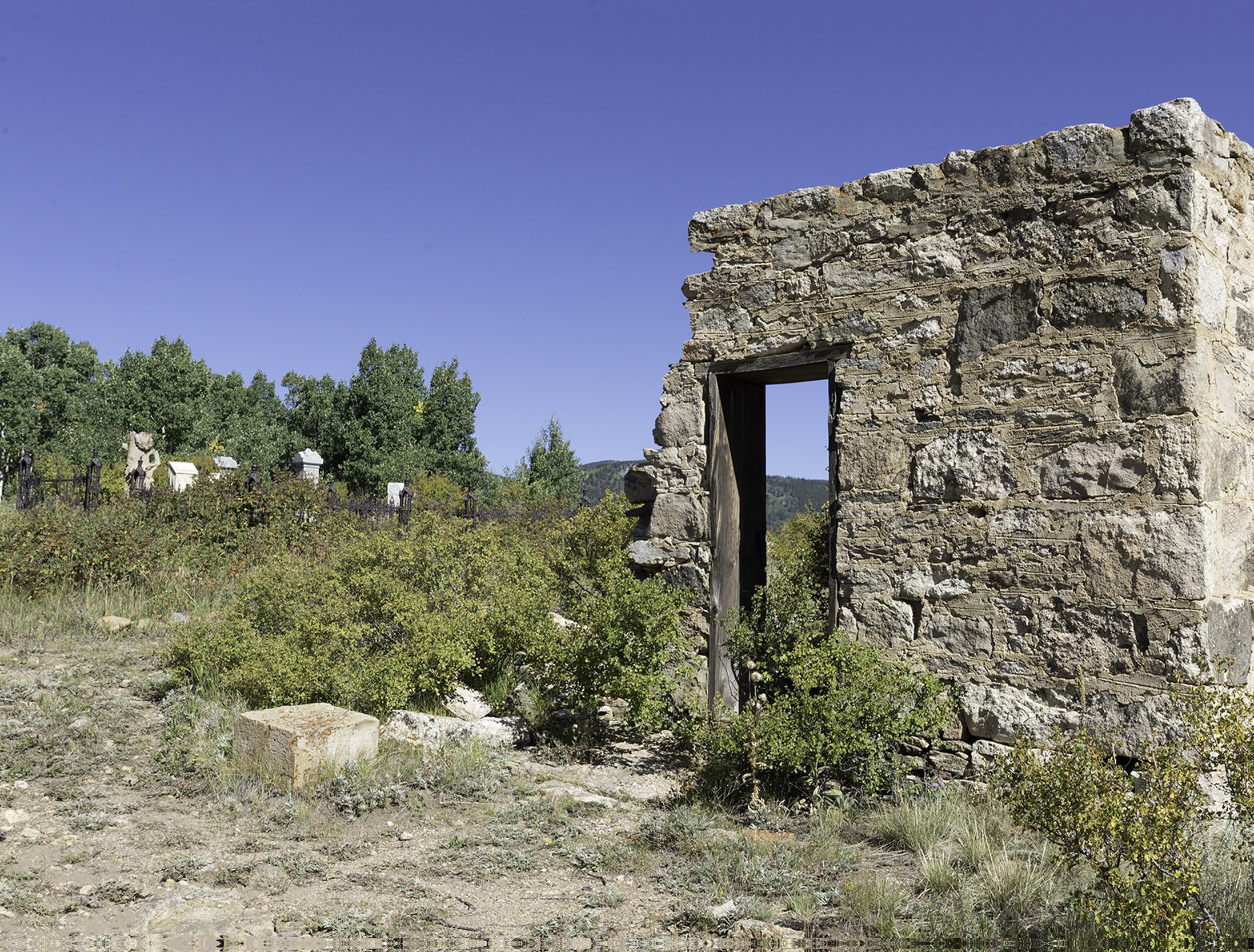 On a recent road trip to Colorado I passed the exit to Central City, Colorado and thought to myself, “Gee, I wonder if that old cemetery is still there.”. Well, curiosity got the best of me and I turned around to try to find out.

This wasn’t any old cemetery, this was the location of one of my first fine art photographs from a class I took 30 years ago at the University of Minnesota. It was shortly after this I decided to pursue my undergraduate degree in Studio Art.

In any regard, it was 30 years ago that a friend and I decided to set-up camp in this area. It was just after sunset which – if you camp much – means that you’re not sure if you’re setting up a tent in the middle of a cow pasture or the Caribbean.

What we didn’t know was that we were surrounded by several old cemeteries from the Colorado mining days in mid-to late 1800’s. It was only the next day that we discovered this cemetery and the small crumbling building. This building had an open doorway that looked “to the heavens” and I knew it was special. The surrounding hills and mountains were also engulfed in a morning fog which added to the mystique.

In any regard, I used the original black and white photograph of this building for a class project. I incorporated a hand tinted process that pre-dated color film and the computer age. This technique was originally used in the late to early 1900’s to add color to black and white prints. You’ll see this used in photographs from the late 1800’s and beyond.

This was also one of my first “conceptual” pieces. The doorway was an important element because it provided a visual pathway from one world to another. I highlighted it in color and used subtle tones to emphasis this. Certainly a simple concept, but for a twenty year old+ it was new.

It’s amazing that I was able to locate this cemetery after 30 years. I knew it was located above Central City, but this town has changed a great deal since then. It’s now a gambling mecca with constant tour buses and development. I was happy to see that the original building was still there. Certainly it’s missing a few more stones to the left of the doorway, but it’s still there! One negative aspect today was that the shrubs now hide the detailed ironwork fence that surrounds the graveyard. This was an important element in the original photograph.

I still look at landscapes in a similar fashion today. When I’m photographing a landscape I look for visual elements around me that can be incorporated into the photograph. These elements help create a narrative and dialogue for what I’m feeling that specific day. Lighting is also an extremely important element because it sets a tone for the narrative.

This was a fun reunion with an earlier time in my life! It’s kind of a odd feeling to think that I was standing in this exact same spot some 30 years ago. My how things have evolved in my life since then!