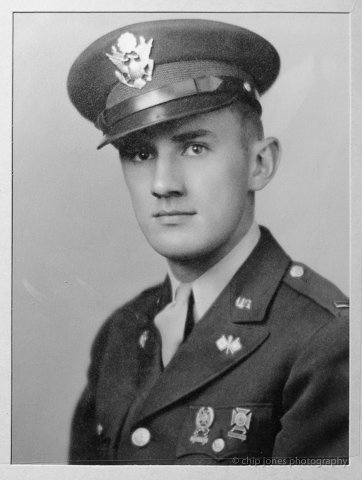 This Memorial Day 2014 I’d like to remember my father, Frank T. Jones who passed away in October 2010 at the still active age of 91. He was a great father and I miss him…

My Dad was a Captain in the Army during WWII. In later years he really didn’t want to talk much about his experiences during the war.

He served in the Signal Corp – 839th Company. The Signal Corp in WW II was much different than what it was during earlier times. Signal flags were used less, but the Signal Corp was still responsible for communications throughout the Army.

Dad was stationed in England right before D-Day. His primary role at that time was to deliver confidential messages to U.S. military posts around England via motorcycle or bicycle. This type of delivery prevented the enemy (Germany) from electronic interception.

Fortunately, my Dad kept a scrapbook of the more pleasant times during WWII. He loved hunting and fishing, and during the war (while on leave) he would take trips to Scotland and Wales to do both. He had great stories about his fox hunting adventures in Scotland and much of his scrapbook is devoted to those trips.

As I mentioned, he did not talk much of his WW2 experiences, but he did mention a few things during my conversations with him in later years.

One event he talked about was his attendance at the “Little Red Schoolhouse” in France for the signing of the official surrender and end of WW2.

He also mentioned that he had been part of the liberation of at least one concentration camp. He apparently saw the famished survivors in that camp, but this was not a topic he wanted to go into much detail about. I never really pursued further discussion, in respect.

To say the least, this loss was devastating to my father and his parents (my grandparents). When word came that my Uncle Ted was missing in action, my Dad took a month of leave to try to find out more about what might have happened to his brother. The best answer he received was that his brother was riding in an ammunition truck which was destroyed by enemy fire. My uncle’s remains were never found. 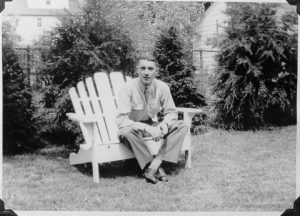 In my Dad’s last few days (in hospice care) he mentioned that his brother Ted had visited him in his room. My siblings and I thought that he might have just been imagining things, but in hindsight I really do think this happened. Shortly thereafter my Dad passed away. Hopefully he’s having a great time with his brother beyond those pearly gates.

Frank lived a very full life as a successful businessman and loving father that could fill a book, He was a man of integrity and was well respected by others. He also had a great sense of humor.

I miss you Dad…